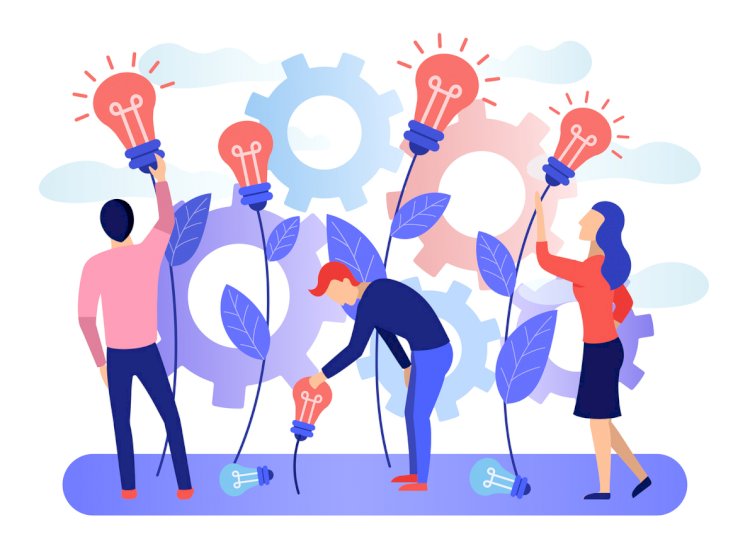 It’s no secret that the environment is in trouble due to climate change. Rising sea temperatures, melting ice caps, and widespread air pollution have taken their toll on the natural world.

Here are 6 unique ways people are using technology to make the outdoors a healthier, better place to be: 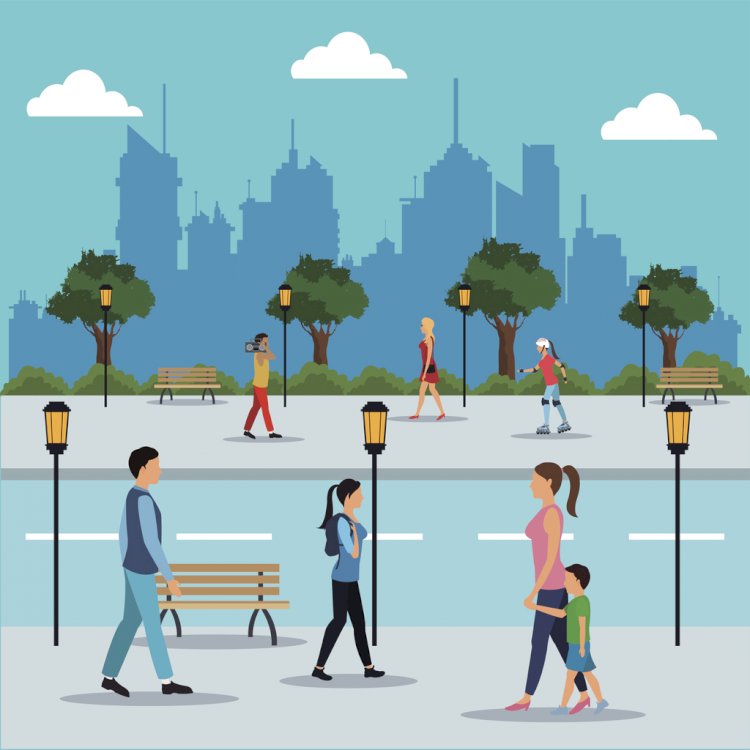 Concrete is one of the hardest and most widely-used building materials in the world. It is featured in buildings large and small, paved roadways, and even bricks that make up the gardens surrounding our homes.

But concrete also is incredibly resource-intensive to make, requiring a careful mix of cement, aggregates such as sand and stone, and water. And, once cracked, concrete is difficult to repair for long periods of time, meaning it needs to be replaced often in high-traffic areas.

These bacteria are mixed into the concrete during construction and pose no harm to humans. They are incorporated in such a way that they can remain dormant in the concrete for up to 200 years, and only activate if water penetrates into a crack in the cement.

Once activated, the bacteria produce limestone that heals the crack, reinforcing the concrete again.

Jonkers and his team say widespread use of their product could significantly reduce maintenance expenses for things such as bridges, tunnels, and retaining walls. Currently, these structures cost between 4 and 6 billion euros annually across the European Union.

Part of being able to find real, helpful solutions to environmental problems is getting a handle on the full scope of the problem to be solved. For that, scientists need data.

To help gather the data necessary, scientists are using environmental sensors to help them collect information on a variety of problems they’re looking to fix.

Tiny networked sensors are used all across the world to monitor air and water quality, identify pollutants, track water acidification, and map a whole host of other conditions that impact life on Earth. And because these sensors are becoming even more advanced, they can measure and track incredibly small data points, allowing researchers an ever-greater amount of information.

The more data researchers can collect, the better their solutions will be in the long run. That means more effective ways to combat climate change that are less costly and more adaptable to a variety of situations.

Cleaning the exterior of buildings is important, as built-up dirt, moss, and pollution can corrode even hardy stone surfaces over time.

Traditionally, the solution to cleaning exterior surfaces of their stubborn grime has been to use either sandblasting, which uses high pressure to shoot very fine sand at the surface, or pressure washing, which is a huge consumer of water and can pollute waterways with any added cleansing agents.

The vacuum blast method uses the same principles as sandblasting - shooting highly pressurized sand particles at the surface to remove grime - but a sealed cleaning head vacuums up any used granules. These granules are then recycled and reused in following cycles, decreasing mess and waste.

Algae blooms can be disastrous for the ecosystems of lakes and ponds, where the delicate balance of plant, water, and land-based life keeps the area harmonious. When algae blooms happen, they can kill off fish, bugs, and other water-based life that animals of the land and air rely on, driving them to move habitats or die off.

Monitoring algae growth with satellite remote sensors and artificial intelligence can help scientists not only track and mitigate algae blooms, but to predict them before they even start.

This can help the authorities take vital measures to prevent algae blooms from beginning, saving native flora and fauna and decreasing the overall cost to clean up the algae blooms. 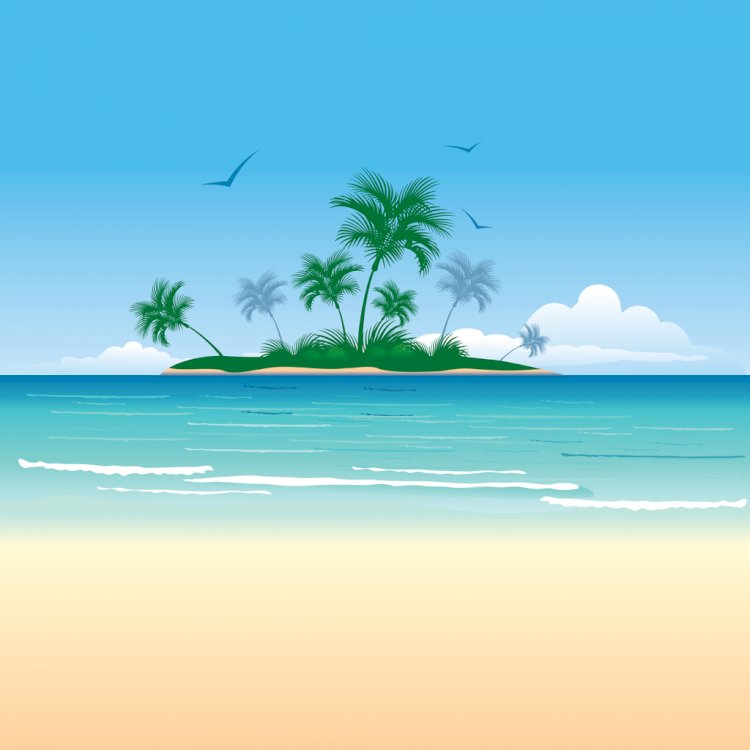 Plastic in the world’s oceans isn’t just unsightly - it’s deadly to sea life. From fish eating floating plastic bags to birds getting caught in plastic drink containers, ocean pollution has been a problem without a lasting, inexpensive solution for decades.

Dutch inventor Boyan Slat, just 18 when he founded the Ocean Cleanup, wanted to find a way to not only clean up the plastic already in the oceans, but also stem the tide of plastic flowing into the oceans from rivers.

Since the non-profit was founded, the team of more than 90 engineers, researchers, scientists, and computational modelers have worked to develop a passive ocean cleanup technology that moves with the water’s currents, catching plastic as it goes. The foundation’s system is estimated to be able to remove half of the Great Pacific Garbage Patch every five years.

Additionally, the foundation has created the Interceptor, a scalable solution that prevents plastic from ever entering the oceans.

This solar-powered machine extracts plastic from rivers on its own, moving the Ocean Cleanup closer to its goal of reducing 90 percent of the oceans’ floating plastic by 2040.

Just as the oceans are vital to the overall health and well-being of the planet, so are the world’s forests. And with an ever-growing demand for resources, deforestation is a real concern for many scientists.

To help professional foresters collect the data necessary about their forests so they could make better decisions, SilviaTerra has used biometrics, remote sensing, and big data to dig deep and begin to understand every forest in America.

In addition to gathering and analyzing the data on forests, SilviaTerra also operates the Natural Capital Exchange, providing a marketplace for forest carbon payments. This market allows professional foresters and private forestland owners to enroll to sell the carbon credits their acreage produces, matching them with companies looking to purchase carbon credits to offset their carbon use.

Smart city technology not only allows city leaders to manage crucial city services such as traffic lights and garbage collection, but it also provides a means for cities to track and understand their environmental friendliness. Water quality and usage data, power usage, and more can all be monitored and analyzed within the Tomo platform, accessible anywhere there’s internet. Learn more about Tomo!

9 Reasons You Need to Offer Remote Work and How the Cloud...

Remote working is a big topic in the business world today. Many employees clamor...

For a property management company, making (and keeping) your residents happy is...

Technology is an ever-changing beast, with new innovations being released every...

Capitalize on Employee Morale With A Workflow Management...

An improved workflow is certain to mean less time wasted searching for that proposal...

Life as a property manager means a constant balancing act. You’ve got to keep your...